Jim Gilligan
Jim qualified as a chartered accountant in 1977, having trained with Gilroy Gannon in Sligo. He moved to Deloitte in Dublin, and when promoted to manager, left to set up his own firm. It was to Carrick-on-Suir, Co. Tipperary he moved to join John Walsh who was looking for someone to support his practice.

The business grew quickly, and in 1981, they opened a sister office in Clonmel. The rest of the eighties were difficult and growth was slow. The nineties were a lot better and substantial growth took place. The millennium was in hindsight the pinnacle of Ireland’s economic success and the business benefited greatly. They also purchased two smaller practices in Clonmel.

Despite the current economic climate, business remains solid, and while some clients are experiencing difficulty and struggling to survive, most are hanging in there and adjusting their businesses. The outlook for the medium to long term remains positive. 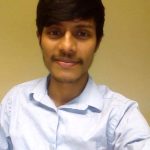 Manideep Athukuri
Manideep joined Gilligan & Co. in 2018. He has been an associate of the Institute of Chartered Accountants of India (ACA) since 2015 and became associate member of Certified Public Accountant of Ireland (ACPA) in 2018. He graduated from the National University of Ireland Galway in 2018 with a Master’s degree in International accounting and Analytics.

He is currently studying with the Institute of Taxation Ireland to become a tax technician and is keen to pursue further studies to ensure that he is best equipped to advise clients. Prior to Joining Gilligan and Co, Manideep has worked as Group Level Assistant Manager for a Hospitality Group based at Dubai. He also worked as Analyst and as a Consultant for Assurance & Business Risk Services at Grant Thornton India and brings this experience and knowledge to the practice. He is committed to providing a quality service and is always available to deliver a prompt response to client queries and concerns.

Maria Burroughs
Maria joined Gilligan & Co. in 2017 following her successful completion of the ACCA Foundation level. Since joining us she has become our lead on payroll issues, is a member of IPASS and is currently studying for the Institute of Tax Technicians qualification.  Her aim is to offer our clients the best support in deciding on, and implementing, remuneration systems that suit their business needs by building taking account of the interplay between payroll and tax issues.

Nabilah Radzali
Nabilah is an ACA qualified accountant with the Institute of Chartered Accountants in England and Wales (ICAEW) and holds an honours degree in Accounting and Finance from the University of Warwick, UK. She joined Gilligan and Co. in 2019 and brings 10 years of experience in both industry and practice, including with a Big Four audit firm and a Fortune Global 500 multinational.

Agnieszka Kepka
Agnieszka has been an associate of the Association of Chartered Certified Accountants (ACCA) since 2011. She graduated from the University of Economics in Krakow in 2004 with a Masters Degree in Accountancy. She has been working with Gilligan & Co since 2007. Agnieszka has previously worked in the accounts department of international outsourcing companies and brings this experience and knowledge to the practice. She is always available to answer any client queries and has a particular specialty with Polish and Eastern European clients. 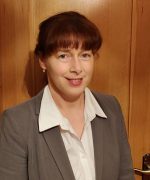 Nancy Hearne
Nancy has extensive experience in all aspects of accountancy and accounting packages, having worked in a number of well-known practices in Carlow, Kilkenny, Tipperary and Waterford.  This gives her a broad knowledge of business across a wide range of enterprises, including sole traders, companies and partnerships.  She has also worked in business development, start-ups and in the pharmaceutical industry.  Nancy’s repertoire includes PAYE, RCT, VAT, Income Tax and Corporation Tax.  She is client focused and gains a good understanding of her client’s day to day activities, thereby giving good support and advice when needed.

Phyllis Purcell
Phyllis has considerable experience in all aspects of Financial Accounts having worked for 30 years in the business. She is fully conversant with all aspects of VAT and PAYE and has recently completed the VAT Technician course in the Waterford Institute of Technology. Phyllis controls a portfolio of farming and business clients and provides support across a range of client issues. She is also heavily engaged with the voluntary sector and is familiar with all aspects of SOLAS schemes. Phyllis is married with two children.

Abdul Muhit
Abdul has worked in Ireland since 2008 providing Accounting and Tax service, including EU taxation, VAT, Income Tax, Corporation Tax, RCT, PAYE, to a wide range of enterprises.  His qualifications include a Bachelor of Commerce (B.Comm) & Master Degree in Accounting, Bachelor of Business (Honours) and an Accounting Professional Diploma.

He is a member of the Association of Accounting Technicians (AAT) and currently studying  for membership of the Chartered Association of Certified Accountants.

Valeriya Redmond
Valeriya joined us in 2015 and works in our Kilkenny office. Valeriya has an Accounting Technician qualification. She plans further studies in taxation and accounting. Valeriya works with a range of clients in accounts preparation, personal tax and compliance. 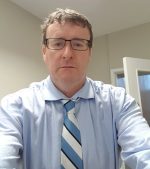 Justin McColville
Fellow of the Chartered Association of Certified Accountants.
Justin spent five years with a large firm of chartered accountants in Kilkenny. Three years in senior management with two well-known national retail companies. Returned to practice in Wexford where he spent 15 years, as an accountant. Joined Gilligan & Co. in February 2018.

He is currently studying the exams of the Institute of Taxation of Ireland with a view to becoming a Chartered Tax Advisor.

Rekha Prasad
Rekha is a trainee accountant who came to us in 2018. .
She worked for EY in Dublin before moving to Clonmel.